Located in Lancaster County, South Carolina, the historic Haile Gold Mine was one of the first operating gold mines in the United States. Established long before the gold rush of California, gold was discovered in 1827 by Benjamin Haile and the mine has been in production on and off for nearly 200 years. In fact, in the late 19th century, Haile was the most productive and profitable gold mine east of the Mississippi River.

Today, Haile is owned by OceanaGold, a global gold mining company with a strong presence in the Philippines, New Zealand and United States. OceanaGold has extensive experience in the industry and is devoted to the environment and the communities in which we operate. OceanaGold also is committed to leaving a positive, long-lasting legacy well beyond the mine life cycle.

The primary construction of the new mine operating facilities at Haile is complete. After many years of planning, exploration, construction and regulatory preparation, we celebrated reaching the milestone of our very first gold pour on January 19th, 2017.

Working together with local communities and regulatory entities, OceanaGold’s Haile Gold Mine is driving economic growth in the region up to an entirely new level while maximizing production and setting new standards for environmental stewardship.

Utilizing the most advanced technology and mining techniques, we have invested nearly $800 million in capital costs to build this modern day mine operation. And that’s before we poured a single ounce of gold!

We are also spending more than $3 million per month locally through labor and the purchase of local goods and services. That amazing figure is multiplied by the individual spending of our employees and contractors, and creates roughly $70 million annually in direct and indirect revenue in local counties. This has led to new opportunities to improve support for schools, police departments, fire departments, and other key civic initiatives.

We are proud to employ environmental policies and practices that go beyond regulatory requirements – and the standards of most mining companies – to preserve and restore wetlands damaged by previous mining operations.

And we will invest millions of dollars more to reestablish wetlands and streams temporarily affected by current mining operations in addition to creating entirely new wetlands and other bodies of water.

It’s the right thing to do because we care about the environment.

Why is gold so precious?

Gold is not just for jewelry or saving in banks. There are numerous ways we rely on gold in our everyday lives. It’s used in electronic circuits in your cell phone, television and probably in the computer screen you’re looking at right now. Gold is used in in treating medical conditions, purifying the air and water, shielding aerospace vehicles and creating more efficient energy resources.

Some of the qualities of gold that make it so important are:

So, Haile has the potential to contribute on a global scale by supplying this precious metal, and supporting important, ongoing research in new breakthrough applications of gold and gold particles.

In 2017, Haile began extracting and producing gold with plans to mine up to 130,000 to 150,000 ounces per year. However, with the use of modern mining technology, exploration at Haile has revealed additional ore deposits below the open pit areas… our mining goals could increase. Haile is the largest gold mining operation on the East Coast and we are optimistic about the future of mining in Lancaster County.

Throughout the exploration, construction and production of the Haile Gold Mine, our commitment to the safety of our employees, the environment, and the local community remains the same. And we will always leverage a strategy that maximizes mining potential while continuously ensuring
safe, eco-friendly practices.

It’s a golden future both for the Haile Gold Mine and for our surrounding communities. 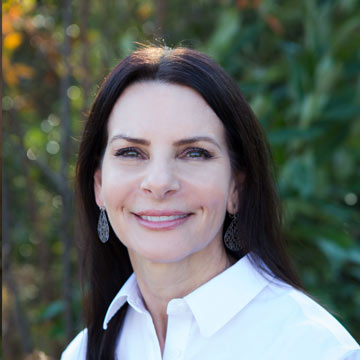 For 30 years Glenda Parkman worked for the state of South Carolina. She helped companies find qualified employees, including the Haile team. “In 2010 I was coming up on retirement…

My Story All Team Stories