The Gold Before the Gold Rush

The first substantial gold discovery in the U.S. was in 1799 in Cabarrus County, North Carolina. The story still told today is that a 12-year-old boy named Conrad Reed happened upon a 17-pound nugget in a creek by the Reed family home. As the legend goes, the Reed family used that nugget as a doorstop until it was purchased for $3.50. The family eventually recognized the mistake and began mining around the creek…and found gold!

This was the beginning of what slowly developed into the first significant gold production in America. By the 1830’s, gold mining was booming in the Carolinas, and for a brief time, was second only to agriculture in economic importance to the region.

The “Birth” of the Haile Gold Mine

In 1827, gold was discovered on the property of Captain Benjamin Haile in Lancaster County, South Carolina. Haile had come to South Carolina from Virginia and bought 22,000 acres of land in the Little Lynches Creek area. Haile bought the land without any thought about the potential for gold in the area, and he certainly didn’t predict that this land would carry his name for nearly 200 years as the Haile Gold Mine. Haile was a planter, and even after he gained significant wealth from the gold deposits on his land, he never considered himself a miner.

After the first discovery of gold in 1827, the creek beds were panned and then several types of early mining techniques were used to harvest the gold. A stamp mill was established in 1837, and multiple mining efforts came and went, including during the Civil War years of 1860-1865. The Confederates are said to have obtained gold and other mineral deposits, such as those used for gun powder, necessary for their cause. However, the mine operations were wrecked by Sherman’s troops on their march north in the closing days of the war.

The Haile family passed from the scene around 1866 and ultimately, the land was acquired in 1880 by a New York group that resumed operations on a large scale. No one could have expected the place in U.S. history that the Haile mine was about take. 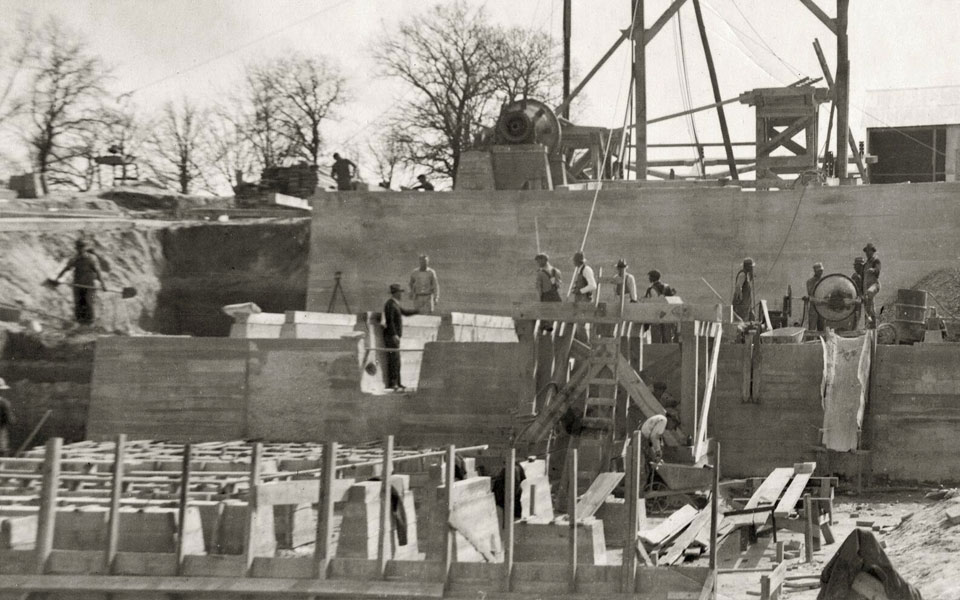 In 1887, Dr. Carl Adolf Thies was hired to manage the Haile Gold Mine. Thies, who was educated in mining in his native Germany, successfully developed and introduced a revolutionary process of extracting gold from the ore. This process, called the “barrel chlorination process” and sometimes called the “Thies Process”, allowed the Haile mine to yield as much as 90% of gold from sulfide ore. The standard yield had only been about 40%. Production skyrocketed.

With the use of new mining techniques and Thies’ good management, Haile Gold Mine became the most profitable and productive gold mining operation east of the Mississippi River. Haile was such an impressive operation that it was visited by the leading mining and metallurgical engineers of that time. Thomas Edison is known to have been one such distinguished visitor to the mine.

The Thies family successfully managed the mine for several years. When Dr. Thies retired around 1904, his son, Ernst, who was better known around the mine as “Captain”, took over management responsibilities at Haile. These were very good years at the Haile Gold Mine, where families lived, worked and played together.

Unfortunately, tragedy struck in 1908 when a tremendous boiler explosion occurred in the stamp mill. The explosion killed “Captain” Thies and injured several others – one of whom later died from his injuries – and destroyed the main operating mill. The mill was repaired and some operations continued until another accident in April 1910 that killed 2 men and badly injured the superintendent. The operations went quiet for many years.

Over the next 100 years, Haile was mined periodically, for example, stopping during WWII and then continuing again later. Overall, it’s estimated that more than 350,000 ounces of gold have been produced from the Haile Mine since 1827.

Today, Haile is once again poised to be the largest and most advanced gold mine on the East Coast.

In 2007, Romarco Minerals, Inc. purchased the Haile property and surrounding land and began the permitting process to reopen the mine. In July of 2015, Romarco Minerals was purchased by OceanaGold Corporation, a significant multinational gold and copper producer with more than 29 years of experience operating sustainably in New Zealand and more recently in the Philippines & the United States.

Exploration has indicated that there are substantial gold ore deposits here that now can be mined using state-of-the-art technology and modern mining techniques.

There are plans to mine up to 130,000 to 150,000 ounces of gold per year. However, with the use of modern mining technology, exploration at Haile has revealed additional ore deposits below the open pit areas and our mining goals could increase. Haile is the largest gold mining operation on the East Coast.

OceanaGold’s Haile team is optimistic about the future of mining in Lancaster County, and proud to continue the significant history of gold mining in the Carolinas.