The crisp, clear, cool waters of Flat Creek flow through land owned by OceanaGold’s Haile Gold Mine. In late September 2017, for the first time in recorded history, the United States Fish and Wildlife Service (USFWS) agents released Carolina heelsplitter mussels, raised in captivity, into the wild in Flat Creek. “This is one of the rarest animals on the planet,” said Morgan Wolf, lead USFWS agent for the heelsplitter project. 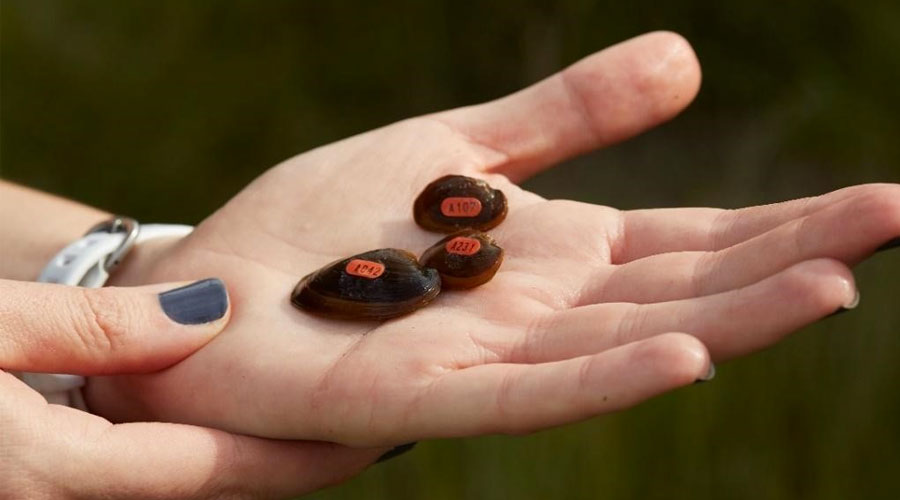 Photo: Heelsplitter mussels to be released into the wild by United States Fish and Wildlife Service.

“When we learned of the endangered Carolina heelsplitter, we knew we wanted to help with the preservation effort,” said David Thomas, Vice President and Country Director at Haile. The Haile team included critical habitat land for the heelsplitter in the gold mine’s mitigation plan drafted during Haile’s permitting process. That was several years ago. Since then, both state and federal environmental regulators have been planning for this historic heelsplitter day celebrated on September 25, 2017.

The heelsplitters that were released are babies raised in captivity as part of this first-time effort to propagate Carolina heelsplitters. The USFW service and South Carolina’s Department of Natural Resources accepted the challenge to learn how to breed and raise the endangered species. Both Agencies are using funds supplied by OceanaGold for this propagation project. Carolina heelsplitters have a very complicated reproduction cycle and they need clean, moving water to stay alive.